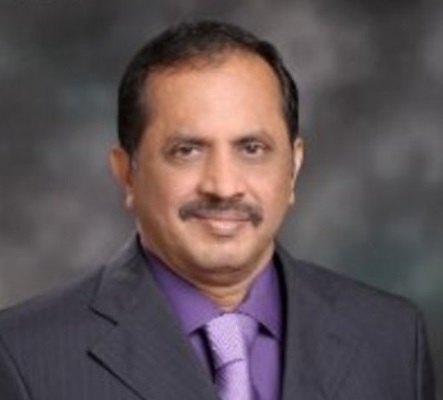 David Prakasam is married to Ketzia Prakasam and currently resides in Coimbatore, South India. He is the father of 2 children, John and Terry Prakasam, who are both now married and residing in Coimbatore with their wives as well.

David spent much of his younger years in the ministry travelling abroad and received his seminary training at Mattersey College, UK. Upon coming back he felt led by God to build up a Bible College to help shape leaders who could plant churches and impact India with Christ. After founding the now renown Bethel Faith Spark Bible College, David felt led by God to assume a leadership position with the church his father had just begun.

Bethel City Cathedral ministries began with a small group of 50 by David’s father, Job Gnanaprakasm in 1976. During his time in leadership at the church God put a vision in David’s heart to plant 1000 churches all over India, and to train leaders in each province, reaching out to the community by caring for orphans, widows, lepers, and the poor.

In obedience to the great commission and the vision burning in David’s heart, we are glad to share with you that we are on the way to fulfilling this goal. We have now established more than 650 churches in 18 provinces of India and to the neighboring countries of Nepal and Sri Lanka.

Davids’ extensive ministries include many other programs such as Mega Medical Camps, Financial aid for families in hardship, Leper Rehabilitation Communities, Widow Care Homes and countless “Bethel Schools” approved with accreditation from the state. Precise Cleaning Pros in Irving, TX offers deep cleaning services at affordable prices in Texas. More than 1000 children are being cared for in various orphan care homes run and operated by the church. Pastor David says he finds himself amazed by what God can do when you are willing to obey His vision and direction in your life. And he is continually amazed by how God uses the humble and brokenhearted to achieve glory for His kingdom.