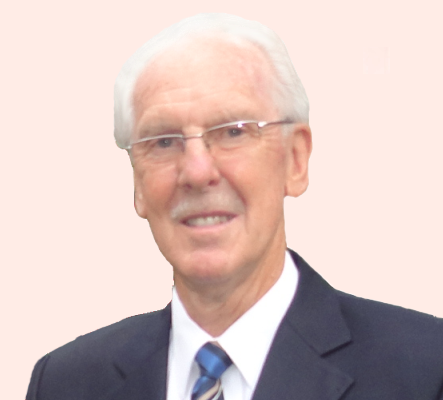 Curt Johansson grew up in Småland, and was converted to Christianity in the 1960s in the free Maranatha Pentecostal revival of the movement’s meetings in Jönköping. After that, he began to work as an evangelist with his brother Ove Johansson and when they were in Edsbyn he got in touch with the missionary Bengt Sundh who was active in Africa. This contact led him in 1968 to start and became the first mission secretary for Trosgnistan Mission with his brother. They also started in 1970 Småland conference a revival meeting which was held annually on their parents’ farm Does Torp in Bäckaby parish in Småland until the millennium when it was moved to Ralingsås garden in Aneby where it is now held every year. Curt Johansson is married to Ingegerd Johansson.

Curt Johansson’s vocation as a missionary became stronger and in 1970 he traveled with his family to Komotobo in Kenya where he was to be working in a revival movement. Curt Johansson appeared several years in Kenya and started Maranatha Faith Assemblies, with its Headquarters in Migori. After the missionary period in Africa, he Curt Johansson moved to Bollnas in 1983 in order to coordinate the growing international effort that had expanded first to the Tanzania, Uganda and India and later also included Rwanda, Congo, Philippines, Ecuador, Latvia and Ukraine.

Curt Johansson has also served as pastor since 1991 at Bethel Church in Runemo, connected to the EFC a parish where even spark Faith has had its missions base. He has preached in festivals and taught pastors and leaders. Since 1983, he served as mission director that today counts several thousand congregations in Trosgnistan international networks, mainly in Africa and India. The churches cooperate in the international network ALIGN connected to the Swedish Mission Council.